According to the Centers for Disease Control and Prevention (CDC), men age 85 and older have the highest suicide rates of any group in the US. A topic that’s too often ignored is Suicide in older adults. Because of the stigma associated with mental health services. But talking about suicide is vital, as it is one of the leading causes of death among the elderly. Research shows that while older adults are 12% of the overall population; they are 18% of the people who die by suicide. That’s one reason the National Alliance on Mental Illness (NAMI) sponsors National Suicide Prevention Month throughout the month of September. To raise awareness of the risk posed to seniors.

Seniors are Affected by Suicide

There are a few reasons that seniors are more likely to die by suicide. For starters, they are more likely to carefully plan their suicide, and are likely to use more deadly methods. Additionally, seniors who live at home alone are less likely to be discovered after a suicide attempt. Finally, the physical frailty of many seniors means they may not recover from an attempt that younger people may survive.

The Elderly and Suicide Risk

CDC recognizes more than 20 risk factors for suicide, most of which are applicable to the elderly, including:

Additionally, those with easy access to lethal means such as guns or dangerous medications are at increased risk. While this is a general list of risk factors; seniors are especially vulnerable to many of them because of their living situations.

How to Prevent Suicide and Save Lives Among the Elderly

The biggest key to preventing suicide among the elderly, according to the Substance Abuse and Mental Health Services Administration, is to increase provider awareness of substance abuse and mental health issues among the elderly so that they can direct patients to appropriate treatment resources. That’s a fancy way of saying to talk to your medical professional about any substance abuse concerns or mental health issues you are experiencing.

Another vital part of suicide prevention is the overcoming of stigma around mental illness in general and suicidal thoughts in particular. It is only recently that many people felt comfortable discussing mental health issues at all, much less publicly. But discussing it publicly is exactly what must happen in order for suicide prevention to gain traction in the larger society. As one organization, Hope for the Day, says in its awareness campaign to normalize talking about mental health, “It’s OK not to be OK.” When mental health issues come up, discuss them with friends and family, and listen without judgment when others do the same. 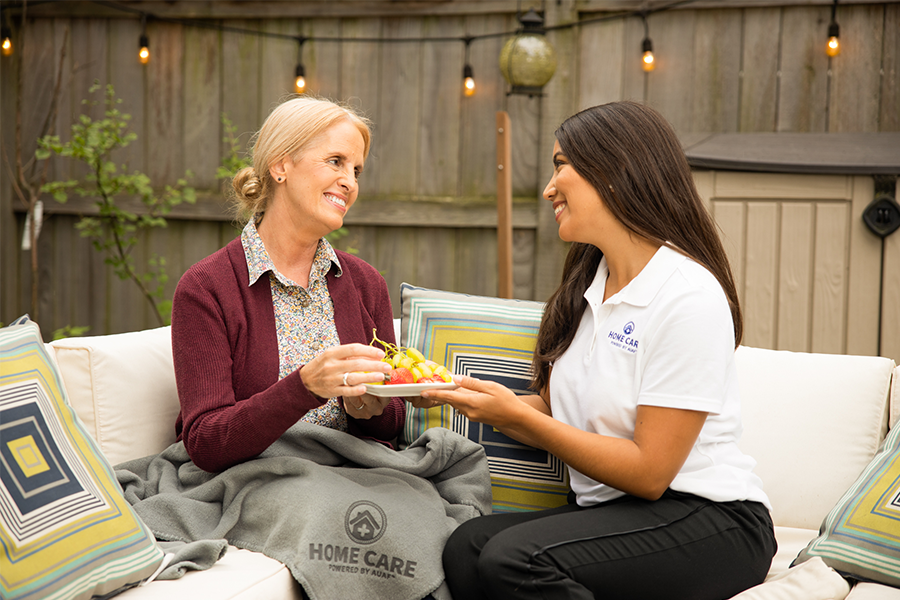 How Home Care Can Help Prevent Suicide in the Elderly

Having an at-home care aide can go a long way toward reducing the risk of suicide in seniors. A home care aide can provide medication reminders that help seniors taking drugs to address mental health issues prevent missing doses or running out of their medications. An in-home caregiver can provide companionship and social interaction that can go a long way toward reducing social isolation. And they can help with personal care such as bathing and dressing, which research shows improves a senior’s mental health.

The most important job to our dedicated caregivers and staff is the safety and health of you or your elderly loved ones.  Having a home care aide  can give family members the peace of mind they seek with regard to the safety of their loved ones. Find out more by calling us at (773) 274-9262 or contact us to find out more.

IF YOU, A FAMILY MEMBER OR LOVED ONE IS HAVING SUICIDAL THOUGHTS, PLEASE CALL THE NATIONAL SUICIDE PREVENTION LIFELINE AT (800) 273-8255 (TALK).