Can someone with Dementia Live in the Comfort of Their Home

The Can someone with Dementia Live in the Comfort of Their Home: As seniors living at home independently get older, it may seem natural to experience some memory loss. Sometimes we all forget the name of that book we read last year; or whether we paid the electric bill this month. But more serious memory loss may be a sign of dementia.

Because it can have a variety of causes; it may be useful to think of dementia as the symptom of a condition or disease; rather than a disease itself. But practically speaking, no matter what stage of the disease seniors in home care are in. It can be difficult for people living with dementia; to continue living at home, even if living at home is what they prefer.

Diseases and Conditions that Cause Dementia

Most people assume that a person with dementia has Alzheimer’s disease, But as statisticians say; “60% doesn’t round up to 100%,”. Meaning that while Alzheimer’s is a significant cause of dementia, there are more causes than just Alzheimer’s. Other causes include:

The Stages of Dementia 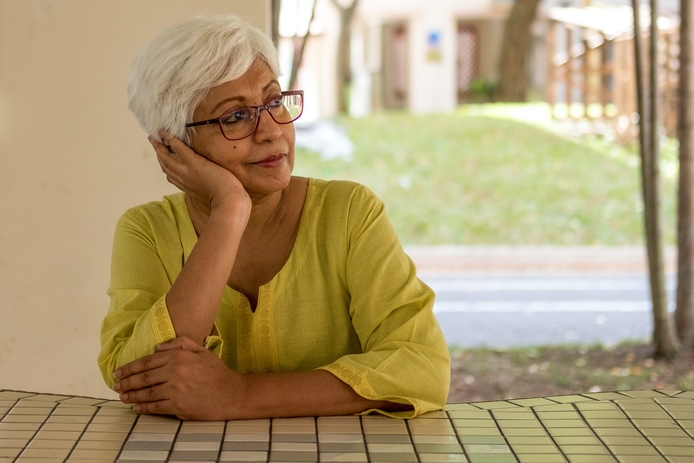 Is There a Cure?

While there are no cures for dementia or Alzheimer’s, there are some drugs that have been shown to slow the progression of the disease. However, they don’t work for everyone and can be expensive; You may have heard of a controversial new Alzheimer’s drug being approved by the Food and Drug Administration (FDA) that was not shown to be nearly as effective as it had been hoped.

That drug’s approval by the FDA shows the state of desperation by the healthcare community to provide any kind of help to patients with dementia. While that fight continues, seniors need to continue living with dementia.

Making the Decision to Live at Home

The question remains: can someone with dementia continue to live in the comfort of their own home? The frustrating answer, of course, is “it depends.” However, there are options in care that do not involve a nursing home, memory care facility, or assisted living. While living at home instead of in a congregate facility is usually framed as a personal preference issue, there are tangible benefits to aging in place as well, including:

With all that in mind, how can a senior with dementia successfully and safely remain in the comfort of their own home?

Home Care Services May Be an Answer for Seniors with Dementia

When seniors suffer from dementia, one of the ways they may start exhibiting signs of the condition is a lack of ability to bathe or dress themselves. Additionally, they may be forgetful when it comes to medications.

For these reasons and many others, having an at-home care aide may present a viable alternative to a nursing home or assisted living. In-home caregivers from a home care agency can provide essential services for seniors who struggle with daily living but who do not need constant medical care, including:

More Home Care Services May Include:

Best of all, these services can be provided to elderly people living at home at no cost to them if they qualify, and in some circumstances can even have a family member become a paid caregiver for them.

Making a Plan to Care for Seniors with Dementia

Of course, seniors (and their families) should discuss what kind of care is right with their medical professional. And that conversation needs to include what happens when the disease progresses as well. Because sometimes it can be difficult to recognize the signs of worsening dementia.

The worry felt by family members about their elderly loved ones is the invisible side effects of dementia.  The peace of mind that comes with having a trained professional at-home care aide can be a huge benefit; to both the elderly person with dementia and their family. Find out more about the services provided by Home Care Powered by AUAF by contacting us or calling (773) 274-9262.